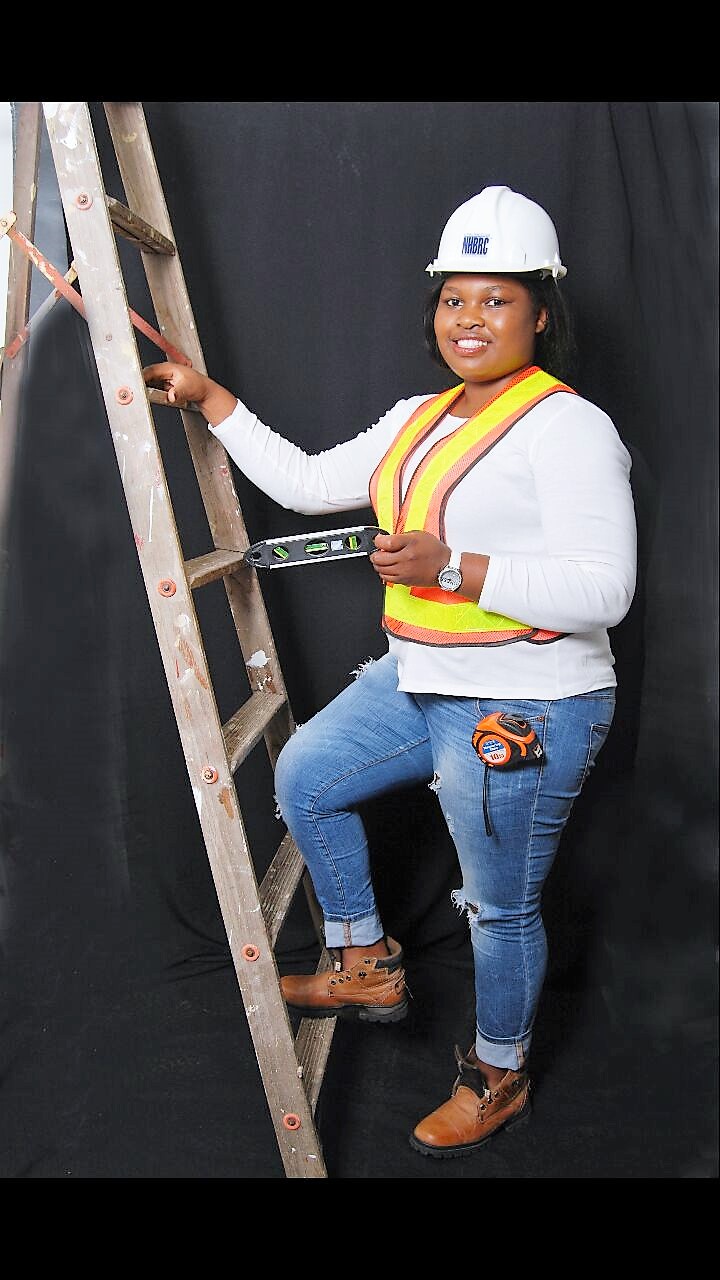 NATIONAL RECOGNITION INSPIRES PE ENTREPRENEUR
Sheer grit and determination have enabled a Port Elizabeth entrepreneur, Ms Ncebakazi Mhlaba to withstand scorns and sneers in order to make her mark in the male-dominated construction industry.
Mhlaba’s resilience has received national recognition after her company, Sikuphiwe Trading was nominated as one of the three finalists in the Young Entrepreneur Award category of the fifth edition of the prestigious South African Premier Business Awards. The awards ceremony will be hosted by the Department of Trade and Industry (the dti) in partnership with Proudly South African and Brand South Africa at the Sandton Convention Centre in Johannesburg on 30 January 2018.
“I am really humbled and greatly inspired by this kind of national recognition because it means that as a company we are on the right track. It says that there is something right that I am doing. It confirms that the future is bright and I should continue growing from strength to strength despite the challenges that I have contend with as a woman trying to make her mark in the male-dominated and highly competitive environment. But more importantly, it gives hope to the young women of the Eastern Cape to transcend stereotypes and make their mark in any industry,” says Mhlaba (28) who hails from Motherwell.
She adds that she has doggedly soldiered on with efforts to build her company despite being frowned upon by her male counterparts who do not understand what a young woman is doing in “their domain”.
She developed love and passion for construction while working in her mother’s company, Nomatshayina Kinana’s construction company as a technical manager. When she established her own company in 2013, she had mistakenly hoped that the world had changed and she would not receive the same attitude her mother had to endure in the industry.
“I am always looking at the brighter side of life and hold my head high. For my company to be chosen as one of the top three in the country that are owned by young entrepreneurs in a national competition is a great source of encouragement. The national exposure that we are already receiving will boost our company profile. I hope it will also open doors for more opportunities for our company so that we can grow and contribute in creating jobs for other young people,” says Mhlaba.
She says she is also optimistic that the national recognition and exposure will go a long way in changing the negative attitudes towards her as female in a male-dominated industry. She reckons she proved her worth and deserve respect when she successfully completed twenty houses as part of a government RDP project. She employed 50 people on the project.
“I used some of the money that I received from the RDP project to buy land with the aim of building houses for sale or renting. Unfortunately, I have been unable to obtain funding,” she says lamentably.
More than 180 companies from all nine provinces entered the 5th SA Premier Business Awards, which are sponsored by Old Mutual, Johannesburg Stock Exchange, Tsogo Sun and Wits Business School. The awards are aimed at recognising and rewarding companies that have made a meaningful contribution in growing and transforming the South African economy.
Caption: Port Elizabeth entrepreneur, Ms Ncebakazi Mhlaba
Enquiries
Sidwell Medupe - the dti Departmental Spokesperson
Tel: 012 394 1650
Mobile: 079 492 1774
Email: This email address is being protected from spambots. You need JavaScript enabled to view it.
Follow us on @the_dti